Praise for the Program!

I would like to tell you that I was very impressed with the level of training the boys received.  And from their comments, they were pleased as well.

They expressed their surprise about learning things they did not know about since being teenagers, they think they know everything.  Also, since they learned at a young age about ATV safety they thought that they were just going for the fun of it.  Not knowing they would be exposed to so much information and enjoy the experience as much as they did.

They were impressed at the equipment they were able to ride during the ATV Safety Course.  I am not sure what they expected, but they were pleased.  They noticed how much time you took with the students that did not have as much experience as my boys do and that you were able to use them in some demonstrations during the course.

Carol L Smith has worked harder and longer for the benefit of all OHV owners in Texas than anyone I have ever known. Carol is driven by a passion for the sport and has a long list of significant contributions for OHV as a sport in Texas. Below is a short list of Carol’s accomplishments :

These are just a few examples of the work that has been completed while demonstrating the positive attributes of managed OHV recreation to the citizens of Texas.

I hope you will consider this a strong recommendation for the Texas 4-H GRANT request through Yamaha Motor Corporation. I am confident that she will represent Yamaha and the OHV community in Texas in a professional and positive manner. 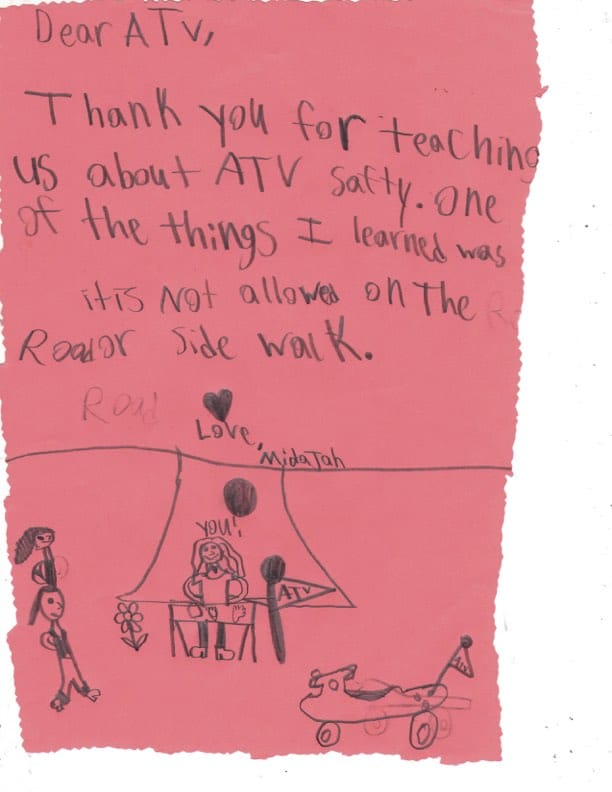 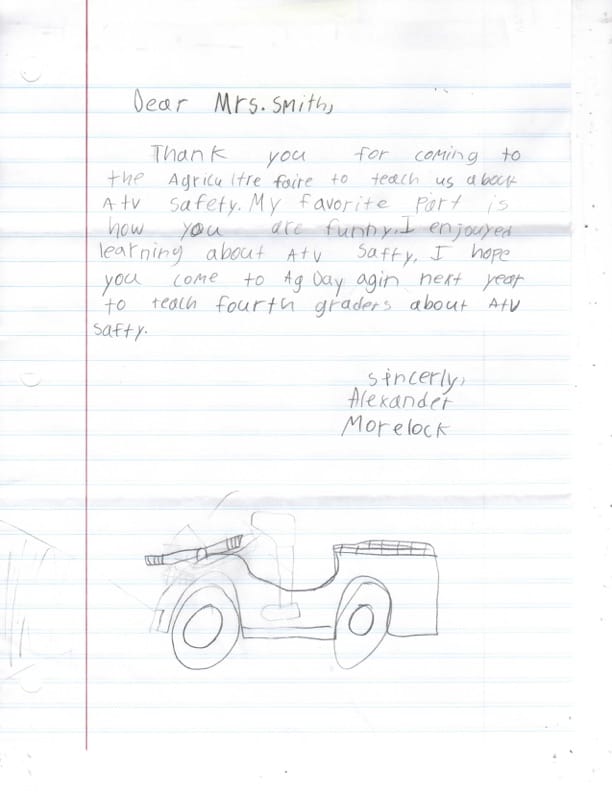 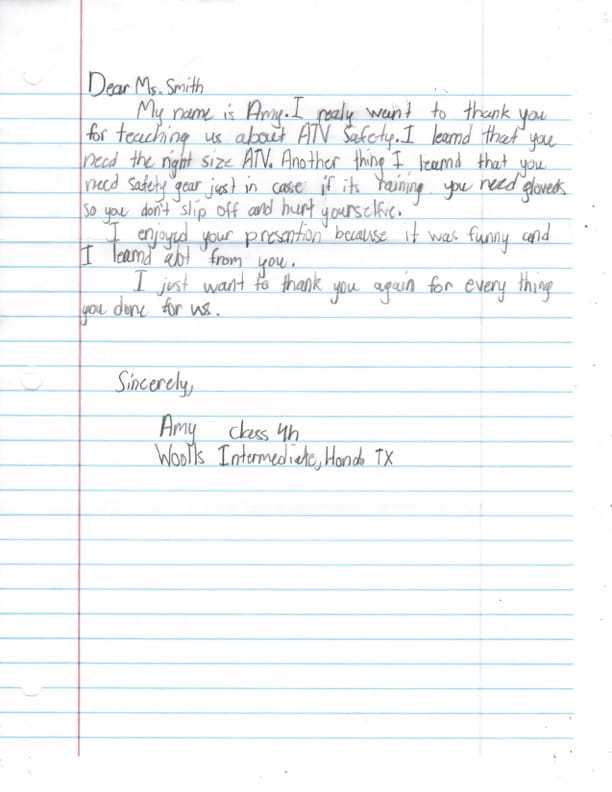 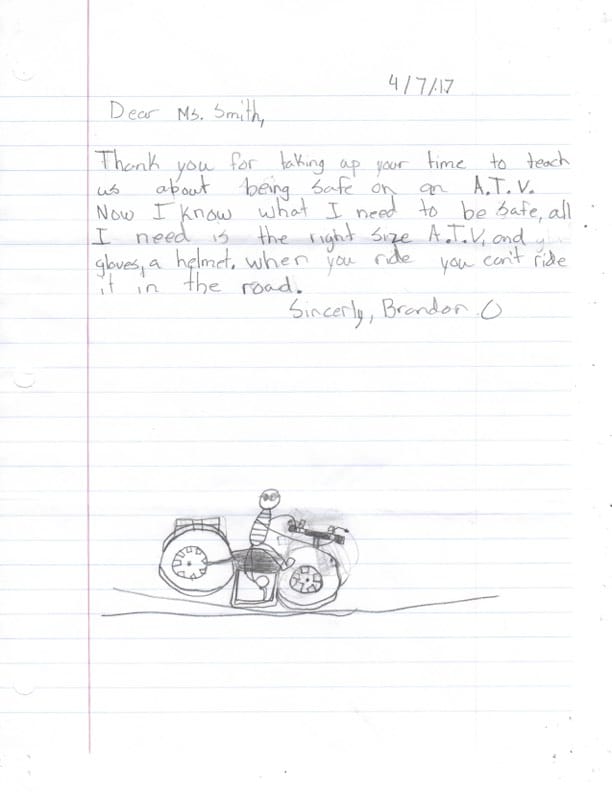 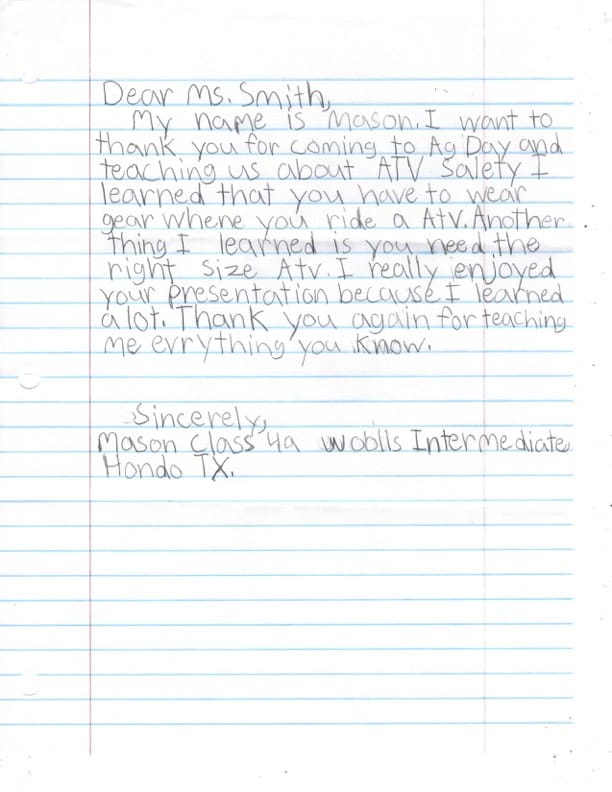 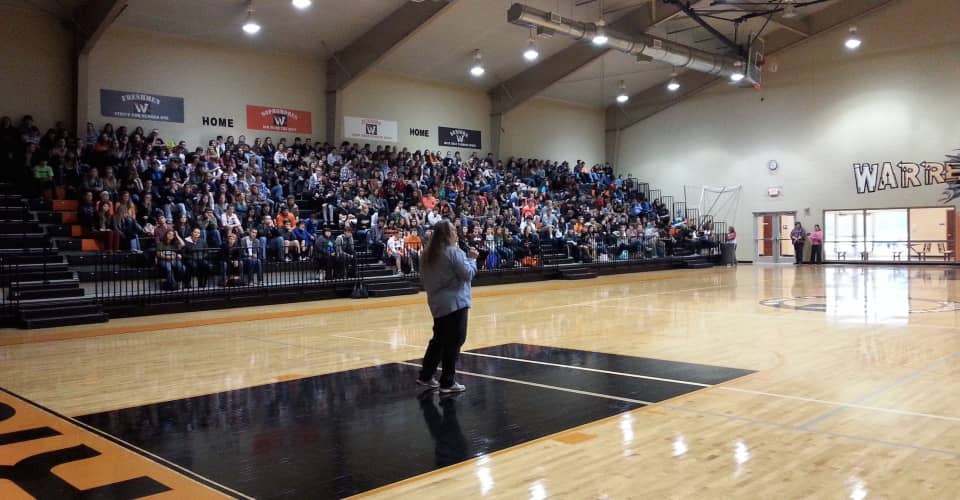 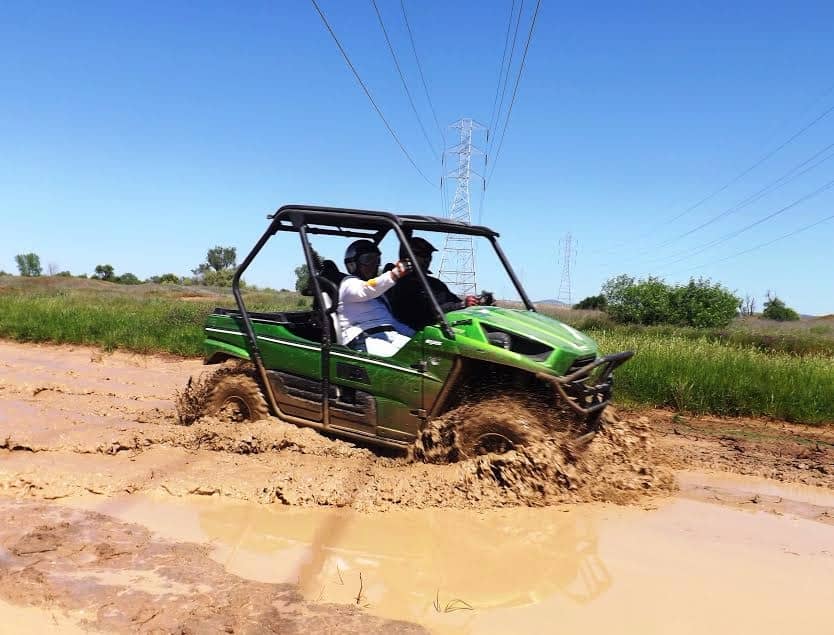 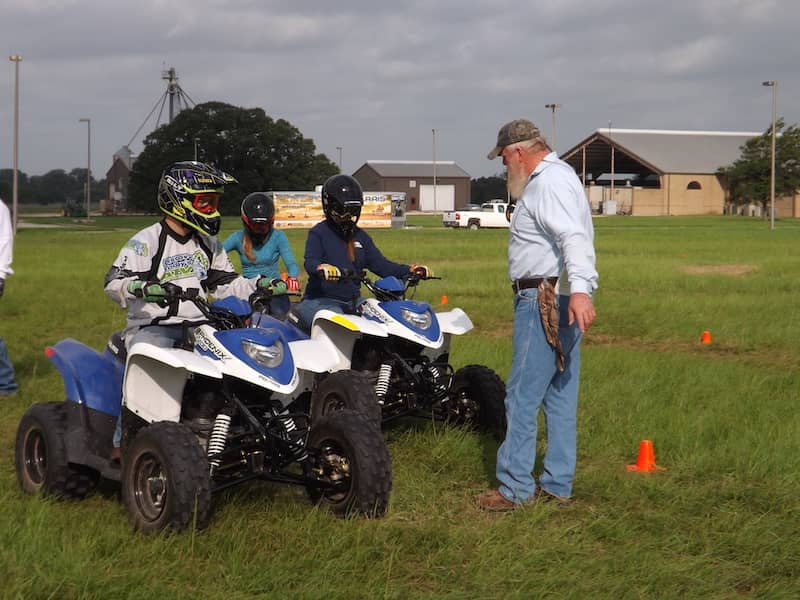 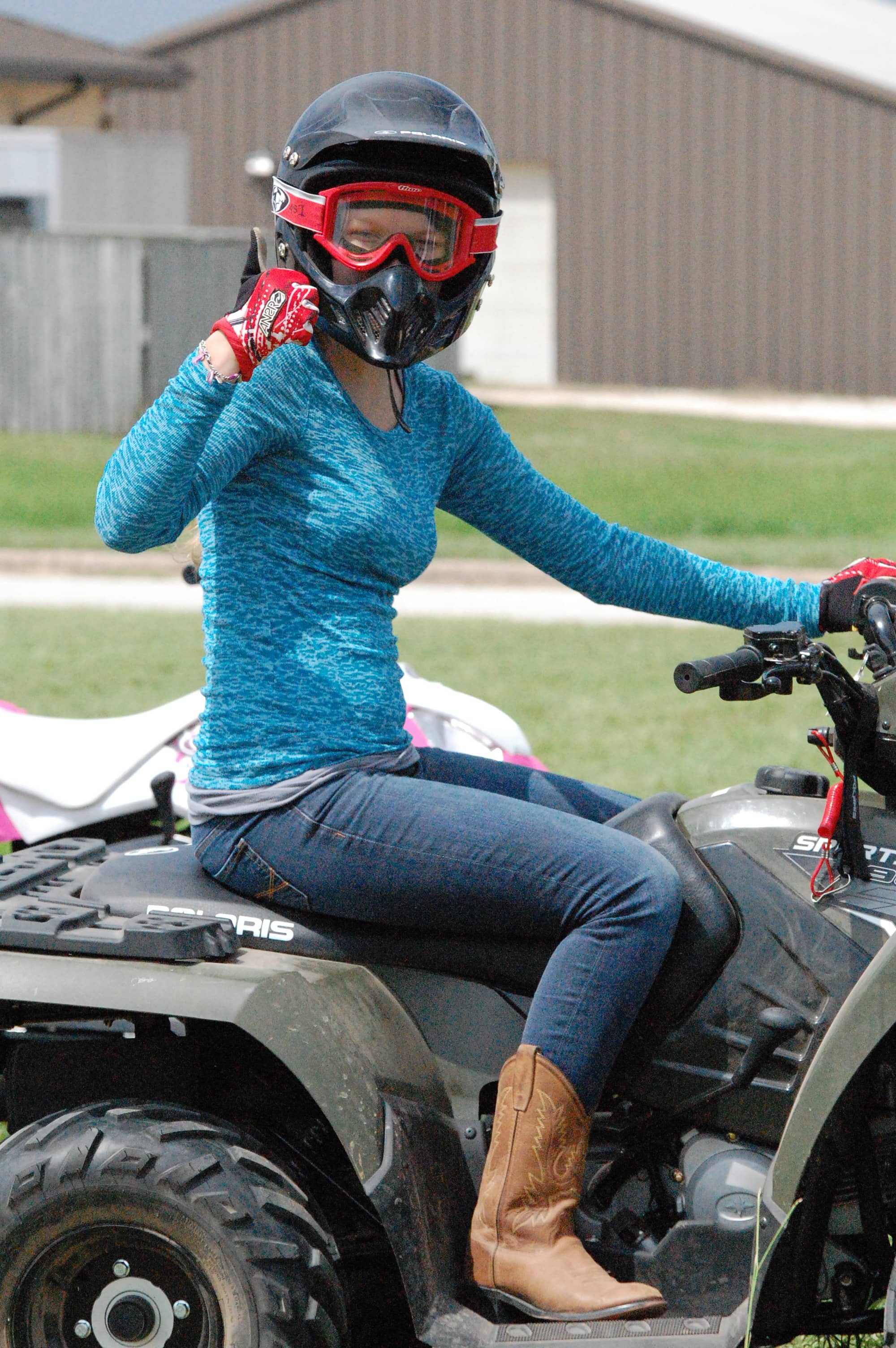